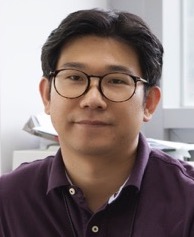 Jong-Hyouk Lee carried his Ph.D. work in Computer Engineering from Sungkyunkwan University, Suwon, Republic of Korea. Dr. Lee was a researcher at INRIA, France and was an Assistant Professor at TELECOM Bretagne, France. He was an Associate Professor at Sangmyung University, Republic of Korea. Since March 2020, he has been an Associate Professor at Sejong University, Seoul, Republic of Korea. Dr. Lee won the Best Paper Award at the IEEE WiMob 2012. He received the 2015 Best Land Transportation Paper Award from the IEEE Vehicular Technology Society and the 2018 IEEE Systems Journal Best Paper Award from the IEEE Systems Council. Dr. Lee was a tutorial speaker at the IEEE WCNC 2013, IEEE VTC 2014 Spring, and IEEE ICC 2016. He was introduced as the Young Researcher of the Month by the National Research Foundation of Korea (NRF) Webzine in November 2014. He received the Haedong Young Scholar Award in 2017. He was a Technical Program Chair of the IEEE ICCE 2017, IEEE ICCE 2018, and ICCE 2019. He is an associate editor of IEEE TRANSACTIONS ON CONSUMER ELECTRONICS and IEEE CONSUMER ELECTRONICS MAGAZINE. Dr. Lee is an IEEE senior member. He is a chair of the TTA blockchain base technology group (PG1006). He is an author of the Internet Standards: IETF RFC 8127, IETF RFC 8191, IETF RFC 8691, and IETF RFC 8818. Research interests include blockchain, security, and protocol engineering.